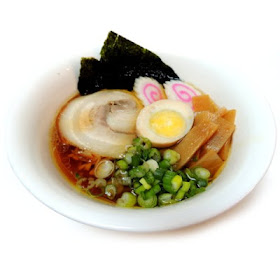 From one of the first multi-national syndicated TV cooking shows, "The Galloping Gourmet" which featured charismatic and continued Washington State resident Graham Kerr focusing on rich and decadent recipes began 1969.

Then came Jeff Smith was the author of a dozen best-selling cookbooks and the host of The Frugal Gourmet, a popular American cooking show which began in Tacoma, Washington around 1973 and aired on PBS from 1983 to 1997 (as produced by member station WTTW Chicago), and numbered 261
episodes.

We have to mention Starbucks the worlds leading chain of coffee outlets and global food merchant that continues to break the retail food distribution mold continues expanding at break neck speed.

Then there is Seattle native Nathan Myhrvold with the most important cookbook of the first decade of the 21st century according to Gourmand World Cookbook Awards in 2010. The cookbook Modernist Cuisine: The art and science of Cooking by Mayhrvold, Young, and Bilet consist of 6 volumes is 2,438 pages long and weighs in at 52 pounds. It cost more than 1,000,000 dollars to produce the first 6,000 copies that rapidly sold out.  Myhrvold’s The Cooking Lab order a second hard back printing of 25,000 copies and toady it is being sold both in hardback and paperback around the world.

Entering the food space is most disruptive book retailer the world has ever known, Amazon.com.  When Amazon started a new fresh food retail group called Amazon Fresh we here at Foodservice Solutions® predicted that Amazon may have found its solution to “the last mile” in delivery with Amazon Fresh.  We also properly predicted that they would enter the fresh prepared food delivery business as well.  Ah the grocerant niche filled with ready-2-eat and heat-N-eat food finally has a global retailer aimed at garnering market share from sleepy legacy food retailers specifically chain grocery stores and chain restaurants.

Book readers, book stores and investors dismissed the force that Amazon.com became early on as non-disruptive and not consumer friendly.  Well we all know how that ended up.  Amazon is now successfully selling groceries and delivering fresh food in Great Britain, Germany and parts of the United States.

Now comes Amazon’s “Seattle Spotlight” a delivery program that is leveraging the Amazon Fresh systems that delivers a gallon of milk, 6 apples, tomato’s hamburger and paper towels all within just a few hours’ notice, is now offering access to restaurant meals and ingredients.  Rebekah Denn reported that Amazon via “Seattle Spotlight” “in some cases, an interesting blend of takeout and home cooking, ranging from opening a ready-to-heat container of Pike Place Chowder to grilling your own Skillet burger patty and frying your own fries.”

Restaurants contract with Amazon to sell, cook and delivery preapproved menu items. That my friends is disruptive. Denn went on to explain in detail how it works and she was impressed that Amazon “with the selection, but not too surprised by it once I heard that Jonathan Hunt, formerly of Boom Noodle and Lowell-Hunt Catering, is the chef in charge of the Seattle-only program”…. How do restaurants figure out how to deconstruct their dishes for a home cook to prepare, or to package them for delivery so they're still good to eat? In La Spiga's case, I've found it fairly idiot-proof to grill my prosciutto piadina (part of an $11.95 box lunch) at home to melt the cheese. The Samurai Noodle ramen has also come with straightforward directions, taking a few minutes to boil the noodles, warm the broth and pork, and add the pre-sliced toppings.

"We thought it was a neat way to offer better service without... the extra expense of opening a restaurant," said La Spiga co-owner Sabrina Tinsley.
Working with Hunt, "we selected items we thought would travel well. We did a series of experiments, obviously, to make sure they would get there the same way," she said. Soup, for instance, "was a bit of a challenge" on a jostling ride. Baked pastas held up better than boiled noodles.

I asked how the salad, one of my old La Spiga favorites, arrived so crisp and fresh despite what I assumed was a day's delay. "I try to have my staff be really careful about the way they cut it. If you're just slamming the knife down on it it's going to bruise it and brown and deterioriate faster," Tinsley said. “

Rick Batye, vice president of AmazonFresh was asked how the company figures out which foods to offer, and how hard it is to make their dishes ready-to-eat or workable at home by Denn and he replied via Email.

He said that “the company gravitates "towards iconic well-known brands that are associated with quality and are unique in their offering," as well as being innovative and creative. Hunt worked with Samurai Noodle, for instance, to make their meals "the same experience" as you'd get at the restaurant, providing all the components and making it easy to prepare….

How do they decide who's in the mix? First, Batye said, they brought in merchants and products that customers had specifically requested. Amazon approached Pasta and Co., for instance, "after a customer of ours raved about their oven-roasted chicken." Pike Place Fish Market is so well-known that it made sense to ask the owners to be part of the program. "Right now we think more merchants are better for our customers and there's no need for us to limit the number of merchants or their products; each brings their own style and flair…

Here is Batye explaining how the logistics work? "We pick up orders from each of our merchants once or twice a day and merge them with each customer's regular grocery or general merchandise orders. The products they sell on AmazonFresh are the same that they sell in their store or restaurant, so they are ready to go or easy to prepare as the orders come in."

This program is clearly in the early stage of testing for Amazon.  With a track record of success and a goal to find the “last mile solution” Amazon is clearly on the right track.  Consumers are dynamic not static food retailers must look outside the box for success, growth and long-term profits. Seattle and the Northwest have a long history of innovation and cultivation of food trends.  Is your company focusing on developing success within the booming grocerant niche?  Ready-2-eat and heat-N-eat fresh food sales are booming.