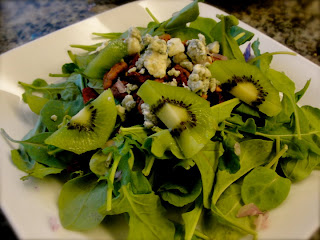 Consumer discontinuity is being discussed daily in chain restaurant offices. As a consultant I hear regularly from clients that “our consumer is not doing what they have always done”. I have but one simple reply, your consumer is not the same as her/she was a year ago and neither should your brand be.

The Confluence of on-going consumer knowledge about food, recent restaurant industry growth and concept sameness combined with the economy allowed trepidation too crept into restaurant executive planning meetings and board rooms across the industry in 2008. In far too many companies the cry was for wait and see or as I like to say a prevalence of mediocrity and complacency at the C-level. As an industry our concern is and should be share of stomach, first by company, second by niche-marketshare and third the restaurant industry overall.

The economy is not our largest problem it is competition for share of stomach; specifically by the ready-to-eat prepared meal section of the grocery stores and Convenience stores. Under reported but significantly noted first in 2005. That was the first year that recorded a consumer increase in percent household spending for food in grocery stores and away from restaurants in 25 years.

Yes, this shift has been slow but it has continued since 2005. This was the first such directional move in 25 years, or the golden age of chain restaurants. The timing of this is important these were the boom years for the restaurant industry. During that period we witnessed double digit growth in new units with most tier one players.

It is important to note that in the past 10 years the average grocery store has dropped or discontinued carrying 15,000 Sku’s (individual food ingredients) which is equal to two isles. They replaced them with less than 200 ready-to-eat prepared food products and entire meals components (they say restaurant quality).

On top of that they have integrated the ready-to-eat and multi-components food products foods into national advertising and weekly flyers. YES, an ilk equivalent to a restaurant meal bundled and priced very competitive. Harris Teeter once described its remodeled stores salad bar and hot food as CASH COWS, Safeway stock is booming with the proven results from their ongoing remodel prepared food focused outlets. It must also be noted here that during that 15 year period while the US population was booming, grocery stores also lost 25,000 units while the restaurant industry grew by 200,000 plus outlets.

The grocery prepared food Industry leadership is being driven by European retailers who by the way are doing and outstanding job in Europe. Three of specific note are Marks & Spencer, Tesco and Trader Joe’s with “tonight’s dinner” mostly refrigerated or quick chilled which blend their store brands with branded ingredients and simultaneously put their prepared meals on par with homemade.

This of course places a halo that shines over all their prepped meals. This initiative can best be called convenient meal participation; it’s interactive and inviting for consumer; providing homemade touches and personal satisfaction. I see this as extremely compelling and competitive for the restaurant industry and I suggest this is not a fad but a trend that is now 24 years in the making and counting that started in 1985 with HRM and has progressed into a full fledged battle for the consumer’s food dollar.

The race for the consumer is transformational with more competitive points of distribution opening up all of the time. The traditional metrics for measuring success at chain restaurants is currently being challenged by the success of chains like; Buffalo Wild Wings, Taco Del Mar, and Papa Murphy’s. These firms have carved out niche’s based on purpose, choice, convenience and price. Realism is reflected in the customer counts and continued sales numbers for these companies.

The economy is a focus now, however since 2005 clear indicators are now providing a picture or what is important and changing with our consumer habits particularly HOW THEY EAT, WHEN THEY EAT, and WHY THEY EAT. Most notable is the change in consumer vision and role of food: including social eating, eating economical, environmental eating and eating for personal benefit! Yes personal benefit only in America do consumer goes on diets to eat their way thin!

Recently two chains particularly have addressed these issues and seem to be having success; Starbucks and Cheesecake Factory. Both companies have had dramatic overhaul of menu and positioning are now recovering building new and additional loyal customers. These examples are just two that many others can utilize as examples of success.

Our industry is strong and agile I am rooting for all to survive and thrive in 2009. It may not be easy but we have the talent, experience and tenancy to win! The confluence of events may in fact force our industry to look at how we run our business. It will not however force us to stick to outdated metrics, methods or models. Yes, “times they are a changing”. The challenge is to recapture share of stomach. The grocery industry particular has spent millions studying restaurant quality food, levels of service, packaging and product positioning. They have a wealth of knowledge and it is in play. The restaurant industries legacy of innovation combined with our ability to get products to market faster, places us first in the minds eye of the consumer. That combined with our sure will to win will lead us out of this malaise we currently find ourselves in.