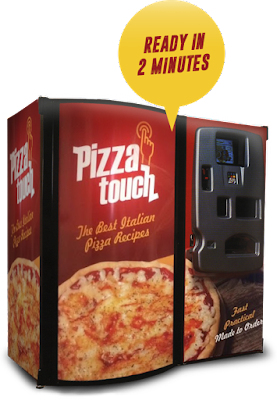 The foodservice industry is dynamic not static and customers are as well.  During 2016 the Pizza sector was the beneficiary of a consumer on the evolving foodservice landscape. The simple truth is consumers habits have not changed they are not eating less they are simply eating somewhere else according to the team at Foodservice Solutions®.

2016 is the year when U.S. restaurant chains have continued to experience falling or sluggish customer traffic, experienced an uptick in competition from grocery stores and stood-by watching convenience stores eat their lunch by selling more and more  hand held food, specifically pizza.

The lingering effects of the great recession continue and let’s face it pizza is cheap, fast and increasingly offered at all retail outlets.  Today driven by user-friendly mobile-ordering apps and technology that lets diners order from Facebook, Twitter and Apple TV all contributed.

Stephen Anderson, an analyst at Maxim Group  stated "Restaurants that have succeeded this year have been the ones that have addressed convenience," …The pizza chains have done a good job at this."
Domino's same-stores sales gained 13 percent in the U.S. last quarter, while Papa John's sales climbed 5.5 percent by that measure in North America. Shares of Domino's Pizza are up 45 percent this year. And Papa John's International is up more than 60 percent. Compare that with a 3.4 percent gain for the Standard & Poor's 500 Restaurants Index.

Convenience of delivery pizza has been a big part of the sectors success according to Foodservice Solutions® Johnson.    Then this is the issue of technology which has help drive $1 billion in delivery sales for McDonald's in 2016 and that is without sales in the United States.

Ivan Feinseth, an analyst at Tigress Financial Partners stated "There's been a lot of competition, The pizza chains have "promoted the value pricing well, and they have incorporated technology to make the buying process really convenient and fun."  Pizza companies also have aggressively advertised cheap deals to lure budget-conscious diners. Domino's has a two-for-$5.99-each menu, while Papa John's is promoting two large pizzas for $8 each

That’s a meal for two for only $8.  The Foodservice Solutions® Price, Value, Service equilibrium within retail foodservice has changed according to our own Grocerant Guru® Do you understand the undercurrents driving change within retail foodservice?  Our team does, since 1991 www.FoodserviceSolutions.us has led the growth of the Grocerant niche.  Are you ready for success growing Top line sales, bottom line profits and year over year customer counts? Contact: Steve@FoodserviceSolutions.us 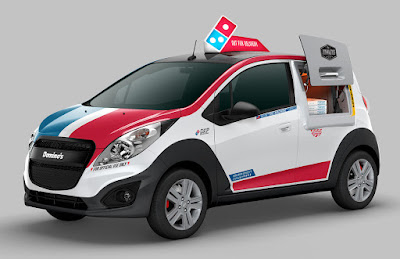 Posted by Steven Johnson Grocerant Guru at 1:06 AM