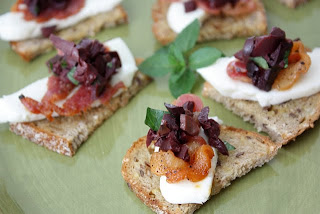 The aging population in the US is following an extremely similar pattern as Japan’s population.   The US is 10 years behind in demo's and most of Europe is 5 years behind that demographic model.  Demographer’s, food retailers and consultants in the US and Europe have been following with great interest what’s working within foodservice and copying it with a “twist”. Here is a view of how much growth we could see.

This is an Editorial from The Japan Sunday Times online for September 5, 2005

In the quarter century since their introduction to Japan in 1974, convenience stores have become such a fixture that it is hard to imagine life without them. Passing department stores in sales by 2008, outlets now number more than 40,000 throughout Japan. In July their customer count rose by 2.3 percent from a year before to 1.2 billion, as people dropped in to escape the heat and buy cold drinks and ice cream. However, this was the first rise in sales in 14 months and the average amount spent has fallen for 20 months in a row year on year.

As the domestic market nears saturation, major chains are trying to widen their customer base, in particular eyeing the elderly and moving into the pharmaceutical market. With revisions to the Pharmaceutical Affairs Law taking effect in June last year, convenience stores and supermarkets may now sell certain categories of nonprescription drugs such as cold medicines or stomach and headache remedies, but only in the presence of a pharmacist or specially trained and licensed salesclerks.

Even while facing pressures to maintain and increase sales, the stores are becoming ever more embedded in Japanese society. First permitted to sell postal stamps in the 1980s, they now handle payments of various private and public bills — utilities, phone services, national health insurance — in startling amounts: ¥3.7 trillion at 7-Eleven and ¥1.5 trillion Lawson, respectively, just in the business year ended in February.

Local governments are increasingly linking up with convenience stores for services such as issuing certificates of residence or earthquake relief. Stores are working to strengthen their local ties, developing new products (bentos, snack foods, etc.) jointly with local commercial or agricultural high schools, for example. Convenience stores also serve as a sort of modern kakekomi-dera, as evidenced by the 13,530 cases of women under threat, lost children and the sick who sought assistance or refuge within their walls in fiscal 2009. It looks like convenience stores, far from losing ground, are becoming ever more convenient.