Is Wild Oats Market On Its Way Back? 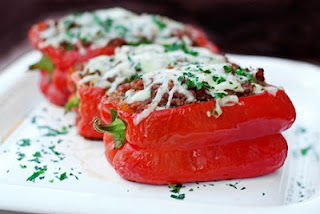 Fresh & Easy may be getting “better for you” soon.  The LA Times reported this week that Ron Berkle may be interested in all of the 200+ locations. The times said: “Burkle is no stranger to supermarket deals. The magnate was the largest shareholder of Wild Oats when the brand was sold for $565 million to rival Whole Foods Market Inc. in 2007. Earlier in his career, Burkle handled leveraged buyouts of grocery chains such as Food 4 Less, Ralphs and Fred Meyer….

Burkle could well breathe new life into the former purveyor of organic and natural foods, who was bought out by Whole Foods. But after a drawn out battle with the FTC over violation of antitrust laws, they were forced to give up Wild Oats in 2007. The pysical locations of the stores were then parceled out to Trader Joe's, Kroger and Gelsons. “

Not so long ago what Wild Oats had was a strong base of “better for you” customers that we accustom to ready-2-eat and heat-N-eat fresh prepared food.   Those customers with were both interactive and participatory with the brand, the food and meal assembly.

I for one hope the rumors that Wild Oats replaces Fresh & Easy are true. It is rare to find a successful ideation and a 200+ location launching pad.  Wild Oats can be revived, reloaded, as a ready-2-eat and heat-N-eat better for you chain that would be a positive industry disruption, long overdue. If success leaves clues this may be a big clue to the future of food retail.

Interested in learning how the 5P’s of Food Marketing can edify your retail food brand while creating a platform for consumer convenient meal participation, differentiation and individualization contact us via Email us at: grocerant@q.com or visit Facebook.com/Steven Johnson, Linkedin.com/in/grocerant or twitter.com/grocerant
Posted by Steven Johnson Grocerant Guru at 4:52 AM