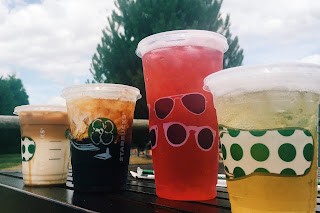 Some companies lead and some companies follow.  In today’s world one company stands out year after year that company is Starbucks.  Howard Schultz is the Chairman and CEO of Starbucks.  Schultz and his team and understand the complexities of Omni-channel retail and the evolving foodservice consumer better than anyone in the world according to our own Grocerant Guru™ who stated “Howard Schultz is the best food merchant in the world today.”

How good is Schultz?  Well Starbucks first began accepting and testing mobile payments via its mobile app in 2009. Today one in every five Starbucks Corp. sales is now handled via mobile payment, double what the retailer achieved just two years ago.

In fact Starbucks now handles nearly 9 million mobile transactions per week, by far the most of any U.S. retailer. Picking up momentum mobile Starbucks reached mobile a payment milestone for foodservice transactions at its use of the app double in two years.  Are your customers evolving without you? Are you still running your business like you did in 1969 when it comes to payments? Why?

Success does leave clues and Howard Schultz said "Our mobile commerce platform is literally stronger than ever," yet that is not good enough for Schultz.  While Starbucks’ biggest source of mobile payment growth comes from its loyalty rewards system tied to its mobile app. The company is now driving more customers to join its rewards program by inking new relationships with new companies the ilk of music service Spotify and travel provider Lyft.

For those of you how have not evolved here is the say news for you those 9 million users per week According to “Payments Source, Starbucks’ Mobile Order and Pay capability, which is still in trial mode but has expanded rapidly to 4,000 company-owned stores, is a major source of mobile payment growth. The retailer expects to take this service nationwide by the holiday season.”  Yes, 9 million mobile payments and they offer the service in less than one third of their stores.

Are you trapped doing what you have always done and doing it the same way?  Interested in learning how Foodservice Solutions 5P’s of Food Marketing can edify your retail food brand while creating a platform for consumer convenient meal participation, differentiation and individualization?  Email us at: Steve@FoodserviceSolutions.us or visit:  www.FoodserviceSolutions.us for more information
Posted by Steven Johnson Grocerant Guru at 1:42 AM