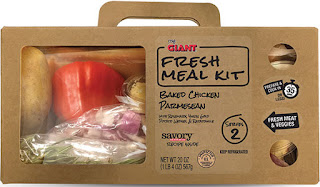 Meal kits are training wheels for Millennials.  Meal Kits are garnering lots of attention within the grocery sector and excitement for investors of Online meal kit companies the ilk of Hello Fresh, Plated, and Blue Apron but fast food combo meals continue to fined favor with families according to Foodservice Solutions® Grocerant Guru®.

Recent predictions that the meal-kit service segment of the foodservice market will grow to between $3 billion-$5 billion over the next 10 years based on current adoption rates. Since meal kit startups Blue Apron and Plated launched in 2012, they have raised $58 million and $21.6 million, respectively; the Wall Street Journal recently reported that Blue Apron is in talks to raise a huge new round from investors that would value the company at $2 billion.

NPD recently reported that “Over the last six months, the most popular QSRs have introduced new, value-oriented combo deals that give consumers the choice they are looking for. Wendy’s 4 for $4 Meal; McDonald’s McPick 2 for $2 offering, which then changed to 2 for $5 with a different product offering; and Burger King's 5 for $4 deal are a few examples.  The results will show price is a key driver of restaurant sales success.

Success does leave clues and while sales of meal kits continue to rise, fast food restaurant combo meals are less expensive, require no cooking, no clean-up, and have not lost favor with consumers.  Since 1991 www.FoodserviceSolutions.us   of Tacoma WA has been the global leader in the Grocerant niche visit Facebook.com/Steven Johnson, Linkedin.com/in/grocerant or twitter.com/grocerant or Contact our Grocerant Guru® at: Steve@FoodserviceSolutions.us 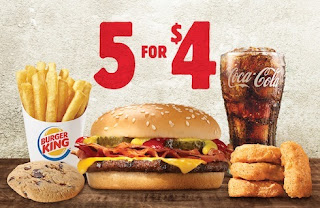 Posted by Steven Johnson Grocerant Guru at 2:45 AM