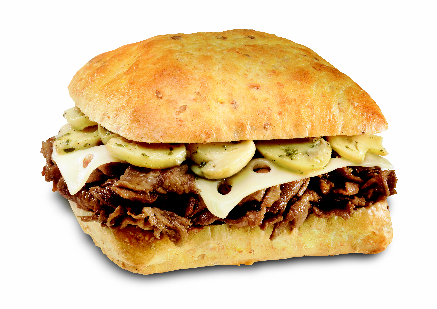 Innovation be dammed, if a chain restaurant wants growth in 2015 many will be finding it outside the United States.  Increased competition from Grocery stores selling Ready-2-Eat and Heat-N-Eat fresh prepared food, Convenience stores selling mix and match meal components, meals, bundled meal deals, are contributing to restaurant customer discontinuity.

Then there are and many restaurant chains void of innovation; leveraging copy-cat menus which have created a sea of sameness void of viable growth opportunities. It’s seemingly easier to spin growth outside of the United States to Wall Street than drive innovation in menus, brand positioning, or product offerings.

The evolution of United Sates chain restaurants has been on hold for 20 years with few exceptions.  Those exceptions have been stellar however.  The three leading the evolution in menu, brand positioning, and product are Starbucks, Chipotle, and Cinnabon each driving success within the Grocerant Niche.
Let’s look at those fleeing the United States and where they are going?

3.       Carl’s Jr.  t has entered into an agreement with Mitsuuroko Group Holdings Co. Ltd. to be the exclusive franchise developer Japan. Under the terms of the agreement, Mitsuuroko will develop 150 Carl’s Jr. restaurants in Japan over the next 10 years the first opening in 2015.

4.       CaliBurger is headed North to Canada.  In 2014 they launched in Vancouver, British Columbia and in 2015 a second franchisee will open a “The flagship store in Ontario is expected to open in Toronto in 2015, following openings on the U.S. East Coast. The roll out of the brand in Canada will be supported by the CaliBurger USA team and training center in Washington D.C.

5.       Dairy Queen systems franchisor Durra Khaled For Foodstuffs Co., a subsidiary of KMGC, signed a long-term franchise agreement with the Dairy Queen system and plans to develop more than 20 DQ Grill & Chill restaurants and DQ Treat stores throughout the country of Kuwait over the next five years.

6.       Tim Hortons and Burger King with 18,000+ restaurants in 100 countries plan on expanding the reach of Tim Horton’s with an extensive international push in 2015. The complimentary day-parts should edify the existing franchisee network.

Edifying a brand in 2015 will however require more than just opening units outside of the United States it requires a focus on evolving menu’s, brand positioning, and products with customer relevance.

Ready-2-Eat and Heat-N-Eat grocerant niche food will continue to drive success in all channels of retail once again in this year.  Do you need Outside Eyes to help drive top line sales and bottom line profits?

Are you trapped doing what you have always done and doing it the same way?  Interested in learning how Foodservice Solutions 5P’s of Food Marketing can edify your retail food brand while creating a platform for consumer convenient meal participation, differentiation and individualization?  Email us at: Steve@FoodserviceSolutions.us or visit:  www.FoodserviceSolutions.us for more information.
Posted by Steven Johnson Grocerant Guru at 3:26 AM