Is Yum Brands 185 Million Payout to KFC the cost of being Unremarkable?

The tale of market share capitulation by Yum Brands KFC could be a ‘foot-long’ on this page but we don’t need that much space. The growth of Chick-fil-A from an also ran to the number one chicken restaurant in the United States say’s a lot.  However when you add in the year or year sales store sales increases and new store growth that Popeyes Louisiana Kitchen has been recording the past five years say’s even more.

The growth of both Chick-fil-A and Popeye’s Louisiana Kitchen over the last eight years has been enough to create the undercurrents of discontent within the ranks of longtime KFC franchisees.  In fact since 2011 alone “KFC’s unit count has fallen by about 8.6 percent, when the company had 4,780 locations. At the end of last year it had 4,370 units according to Nation’s Restaurant News.

The one thing that is painfully clear is Yum Brands oversight of KFC has been unremarkable. What is the cost of being an unremarkable franchisor in 2015?  It’s looks to us as if it is $185 million.

Yes, $185 Million is how much Yum Brands agreed to invest in KFC marketing in the U.S. in a deal with franchisees that will give the Louisville, Ky.-based franchisor control over domestic marketing. Wow, turn over control of marketing after eight years of being unremarkable?

Well maybe Yum Brands has come up with some consumer focused innovation that will help propel KFC back into the Number One Spot for restaurant branded Chicken chains and is going to use the $185 for sending out that message. We don’t think that is the case. At any rate at this point what do the franchisees have to lose?

After all KFC is making progress domestic same-store sales rose 7 percent in the first quarter ended March 21, 2015. How did they that do?  With innovative copycat marketing! Yes, don’t be shocked after eight years of trial and error.  KFC simply copied Subway’s $5 Dollar Food-Long success. It’s true.

Yum CEO Greg Creed attributed much of the sales performance to “KFC’s $5 Fill-Up Box, which offers a choice of items, plus side dishes and a drink, for $5”.  What can we say it’s remarkable that after eight years trial and error that they leveraged copycat marketing at all? No, that’s not remarkable either.  Copycat marketing does work. They teach that in marketing 101, obviously someone at KFC remembered that they took the course.

After eight years KFC joined the ranks of every other QSR that has run the $5 price point promotion and found success. I for one am please.  Now it just might be time to vertically integrate the 5 P’s of food marketing into KFC brand messaging with some authentic innovation and they might have something.

Howard Johnson’s, Burger Chef, Bob Evans, Steak and Ale, all are names of restaurants that regular readers of this blog are familiar, all suffered from being unremarkable. Don’t let it happen to you!  Keep Looking A Customer Ahead.  If you need outside eyes, remember we are here just for that. KFC was one of the earliest Grocerants, while the niche is booming they have fallen away?  How did it happen? 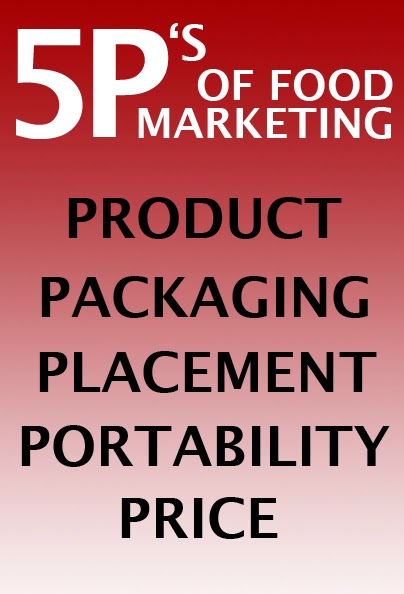 Posted by Steven Johnson Grocerant Guru at 2:20 AM