Are C-Stores the “New Place for Baby Boomers? 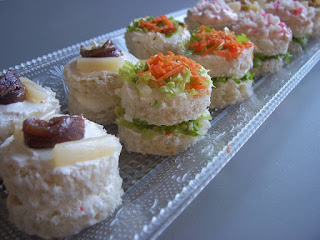 Throughout Asia the convenience store sector is undergoing a quiet shift to a higher dollar target demographic, Baby Boomers.  This is an historical departure from their long-established image as a place for young shoppers according to Bloomberg News.


Convenience stores are changing with the times, shedding their image as places for young shoppers grabbing fresh food fast, concert tickets and comic books, and increasingly catering to older clientele.

Today the global population is graying and people live longer, birth rates continue in decline C-stores are evolving with consumers. They have begun revising their offerings to suit the tastes and needs of seniors by introducing home delivery, fresh prepared Ready-2-Eat and Heat-N-Eat prepared meals by day-part in Japan and a one-stop shop where pharmacies share floor space.

Lawson’s is testing by setting up elderly care support counters, and in a stab at becoming social meeting spots, are offering seating and even karaoke boxes. They opened its first outlet with a “nursing care consultation desk in Kawaguchi, Saitama Prefecture. The outlet will have managers and advisers available for consultation all day, every day of the week. The company plans to launch another one in the prefecture by summer.”

When the landscape changes you have to evolve.  In Japan back in “1989, people aged 29 and younger at 7-Eleven convenience stores accounted for 63 percent of daily customers. That declined to about 29 percent in fiscal 2013, according to recent statistics from Seven & i Holdings Co.”

All the While customers “50 or older, who previously represented only 9 percent of all customers, rose to 30 percent in the same period, representing the age bracket with the largest share, according to the statistics. FamilyMart Co. says people 50 and older account for about 30 percent of its customers, too.”

C-store operators are increasingly changing their food lineups to appeal to older shoppers. They seek, for example, quality, known-to-be-safe products, including higher-end fresh prepared food, rather than the cheap, fill-up, fuel-up roller grill offerings once preferred by young shoppers.

One notable change can be found Ready-2-Eat and Heat-N-Eat fresh prepared food offered under their respective house brands, where the companies are competing with each other to offer healthy ingredients and those that are either locally sourced or from a renowned region.

Who is leading the way?  7-Eleven is the global C-store leader and aims to remain so by evolving with consumers. They still sell self-service coffee and doughnuts, fried chicken and other legacy fast food offerings which remain a key sales driver, the shift is slowly underway.

According to Masayuki Kubota, chief strategist at Rakuten Securities Economic Research Institute, “the main focus of convenience stores is not the elderly per se, but the overall shift from young to older shoppers, which is reflected in the food on offer.

Kubota  continued “Until maybe a decade ago, the image of convenience stores was of a place where young people away from home could pick up food of their preference, like fast food restaurants,” …“At that point, strategies targeting males in their 20s was important. . . . But now female customers in their 40s and 50s are increasing.”

In Asia top three players &-Eleven, FamilyMart and Lawson  all have introduced home delivery services, stocking meals and cooking ingredients aimed at meeting the demands of health and quality conscious seniors who prefer to eat at home.

Are you trapped doing what you have always done and doing it the same way?  Interested in learning how Foodservice Solutions 5P’s of Food Marketing can edify your retail food brand while creating a platform for consumer convenient meal participation, differentiation and individualization?  Email us at: Steve@FoodserviceSolutions.us or visit:  www.FoodserviceSolutions.us for more information
Posted by Steven Johnson Grocerant Guru at 5:29 AM