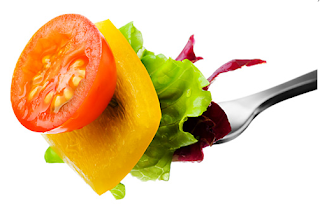 ﻿
The grocerant niche filled with ready-to-eat and ready-to-heat fresh and prepared food is a direct result of retailers following the consumer. Mix & Match meal components are a simple outcrop of meal bundling that started with McDonalds. Consumer love choice and McDonalds meal deals bundle choice while delivering on the promise. The meal deals improve transaction times.

When will McDonalds begin offering bundled family entrée’s the ilk of “Big Macaroni Cheese” or “Spaghetti already” in less time than you think. Don’t even begin to say you don’t think so. McDonalds is the of the most successful retail food company in the world. Here is a glimpse of how they have changed as written by Mark Albright, a Times staff writer “

Joe David compared a McDonald's his son just opened near Spring Hill to the one his own father opened in 1962 near Clearwater High School.

"This new store is on a different planet," said the 63-year-old owner of 12 McDonald's.

Under neon golden arches, his father's store sold burgers for 15 cents, fries for a dime. There was only walk-up window service, no dining room or drive-through.

His son's store, a prototype McDonald's on Spring Hill Drive by the Suncoast Parkway in Hernando County, comes fully loaded with extras that have been spreading across the chain the past few years: a double drive-through loaded with enough technology to get lines of motorists in and out in an average of 2.5 minutes, a menu aimed at silencing nutritionists with some healthier choices, and a parade of new items that soon will extend to hot oatmeal 24/7.

But it's packaged in a new box designed to become only the third major generation of the McDonald's look. The red has been toned down to terra-cotta. The golden arches are now positioned between yellow awnings and a gently curved, lit yellow line called the "eyebrow" that tops the marquee. The interior comes with a dark wood-like ceiling and floor, cut stone walls and Corian countertops. It looks more like Starbucks than the province of Mayor McCheese.

The contemporary vibe, oversized booths, flat-screen TVs, free wi-fi and 16-person communal table fit the McDonald's menu, which has shifted to people who snack around the clock.

"It's a comfortable space to hang out," said Josh David, the 32-year-old owner. "We get moms and businesspeople, after school it's students and, in the evening, sports teams." Success does leave clues and no one in the retail foodservice industry has had the success of McDonalds.