Is a Burger battle brewing beneath McDonalds in America? 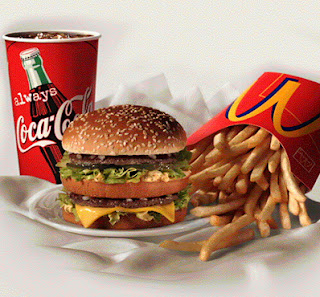 ﻿
During the past 4 decades hamburgers drove sales and propelled the overall restaurant industry. Without a doubt the hamburger is now globally recognized as a penultimate American food. It is ready-to-eat, hand held and prepared to eat on the run; convenient, simple and affordable. Contrary to popular belief Americans do not eat hamburgers daily. There simply is not room in the minds-eye of the consumer for all of the hamburger chains in America today.

McDonalds with innovative new products, continually reimaging stores and a focus on the consumer is the global leader in restaurant sales and the hamburger niche. In the United States the undercurrents of a sector in upheaval and transition is emerging for every position except number one. McDonalds is and will remain number one for many years too come.

However legacy second tier hamburger chains Wendy’s, Burger King, Sonic are circling in a quagmire of there own making. Each is trying to re-energize the halo of success they have not seen in years. Success to date has proven allusive for each in their effort to re-energizing. It is very likely that one or two of the three might very well be much smaller in five years than it is today.

One of the reasons is that there are hamburger companies on the move including Steak & Shake which is profitable once again and refocusing on growth. Then upstarts Five Guy’s, Smashburger, Fatburger are garnering market share from those legacy second tier players. The next company in the QSR niche to watch will be In-N-Out Burgers. If In-N-Out Burgers does half as well in Texas as they do in California and Nevada they will accelerate growth and watch out. One of these three; Wendy’s, Burger King or Sonic might just fade away.

Is Carl’s Jr. losing market share because they tried to enter the mid price set with the $ 4.00 burger or is it the California economy nagging at the door? In any case the mid-priced hamburger category is over crowed as well. In fact we may have seen the tipping point at the mid-priced burger category now that seemingly all celebrities including the likes of, Bobby Flay, Emeril Legasse each have opened and are more and more gourmet burger restaurants. While Red Robin and Fuddruckers struggle too maintain market share, The Hard Rock Café and TGI Fridays are trying to pull away from the burger category.

The metrics for the burger industries customer mix are in flux. Clearly some of the legacy players that focus on the franchisee more than the consumer are going to continue to lose market share too both new up-start chains and regional players that are positioned to win. I believe a shake out in the hamburger niche will begin in 2011 and a road map to the future will evolve this year.