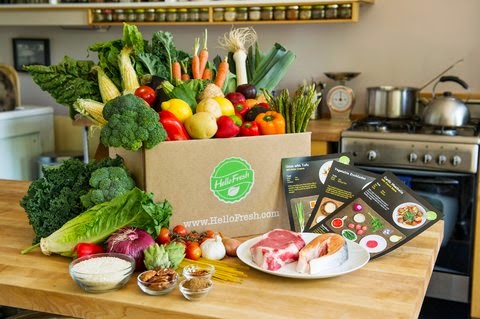 What’s for Dinner may not be Outback, Olive Garden or Red Lobster. This spring while most restaurant companies were battling flat or declining customer counts two meal kit delivery start-up’s raised $50 Million each.  A new $100 Million Dollars targeting share of stomach during the dinner hour once a battle between restaurants and grocery stores where for 30 years the restaurant sector garnered share of stomach regularly. That trend changed in 2005 for the first extended period in 30 years according to the United States Department of Agriculture report on Expenditures for Food from 1976 through 2012.

“The race for share of stomach of dinner day-part is sure to continue to heat up” according to Foodservice Solutions® Grocerant Guru™ Steven Johnson. “The Dinner-Kit-Delivery business is booming fueled with   $100 in new funding for only two companies.” Johnson continued.

With inflows of cash at that level there is no doubt that the Ready-2-Eat and Heat-N-Eat fresh prepared food aka Grocerant Niche food is still in its infancy. “Legacy retailers the ilk of Red Lobster, Applebee’s, Olive Garden, Ruby Tuesday’s, Safeway, Publix, and Kroger all will feel the competitive heat in the kitchen” according to Foodservice Solutions® Grocerant Guru™.

Who got the $50 Million?  In late April the first $ 50 Million dollar round went to Blue Apron.  In early June the second $ 50 Million dollars was received by HelloFresh. Each company is in the Dinner-Meal Kit-Delivery business.  That is where companies ship out packages of fresh ingredients for specific recipes, ready for customers to turn into home-cooked meals thus intensifying competition for legacy retailers.

HelloFresh co-founder Hamish Shephard stated “that the start-up is now profitable in its European markets. The company now ships more than one million meals per month.” That is one million meals not sold in restaurants or from the grocery store.
The Dinner Meal-Kit-Delivery sector is leveraging the popularity of home cooking and the continued migration and adoption of e-commerce. Unlike traditional meal-delivery services, these companies deliver nearly everything needed for a meal — except for the actual kitchen preparation. Its reported that subscribers generally pay $60 to $70 per week for the ingredients to make three meals for two people.
Blue Apron revealed recently that during March, 2014 it delivered 500,000 meals. Wondering where your customers are?   That’s means that Blue Apron is operating with a $60 million revenue run rate. These are not the only players in the space Plated is very similar to both Blue Apron and HelloFresh is garnering lots of attention according to Foodservice Solutions® Grocerant Guru™.  Other’s entering the Meal Delivery business are PeachDish, FreshDirect, and Amazon Spotlight.


Visit: www.FoodserviceSolutions.us  if you are interested in learning how Foodservice Solutions 5P’s of Food Marketing can edify your retail food brand while creating a platform for consumer convenient meal participation, differentiation and individualization or you can learn more at Facebook.com/Steven Johnson, Linkedin.com/in/grocerant or twitter.com/grocerant 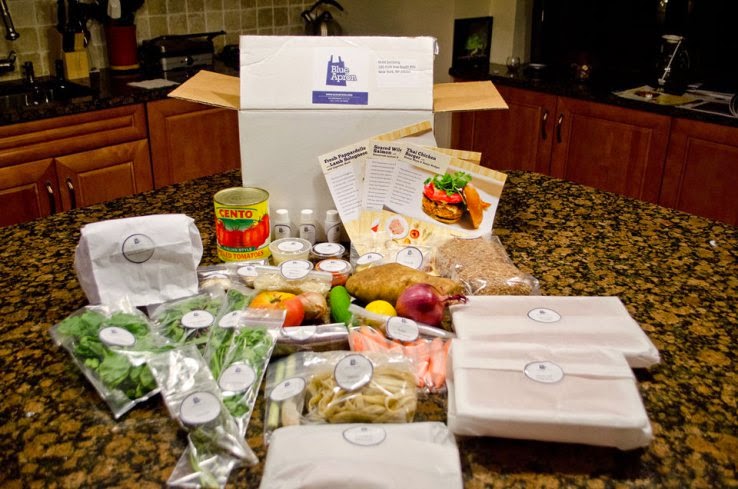 Posted by Steven Johnson Grocerant Guru at 7:22 AM