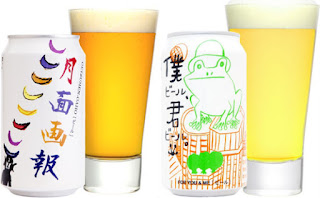 The beer is called Getsumengaho is a beer “born from a collaboration between Yoho Brewing and Amazon Japan. While it has previously only been available online via Amazon.co.jp, it will be going on sale at Lawson convenience stores in limited quantities. 7,000 cases will be sent out to Lawson stores which equals 168,000 cans.

They will retail at 298 yen (US$2.50) per can, including tax. It’s described as having a fruity aroma reminiscent of bananas and uses Belgian yeast and American hops, so if that sounds like something you’d enjoy, keep an eye out for the distinctive white cans decorated with colorful crescent moons. Of course, if you miss out on getting them straight from the store, they’ll still be available to order online as usual” according to Clegg.

Retailers today must test the waters in our Omni-Channel retail world a brand that is successful one channel is very likely to find success in others according to Foodservice Solutions® Grocerant Guru™. Amazon may be the largest US On-line retailer but if they eventually want to become the largest they must expand point’s distribution.

Today, you can get practically anything via online retail giant Amazon.com in many cases there are even some products that you can only get via the website. Amazon dippers and beer are of those items.
As Cregg noted “Ordinarily one such product is a special beer from popular Japanese craft brewery Yoho Brewing, but beer drinkers will soon be able to pick up a can at their local Lawson convenience store. You’ll have to hurry, though, because the number available is limited, and once they’re gone, they’re gone.

Are you trapped doing what you have always done and doing the same way.  Interested in learning how Foodservice Solutions 5P’s of Food Marketing can edify your retail food brand while creating a platform for consumer convenient meal participation, differentiation and individualization? Email us at: Steve@FoodserviceSolutions.us or visit:  www.FoodserviceSolutions.us for more information. 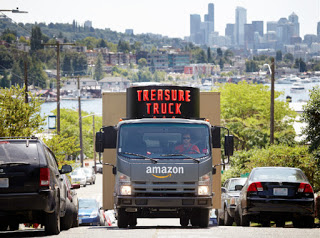 Posted by Steven Johnson Grocerant Guru at 2:10 AM