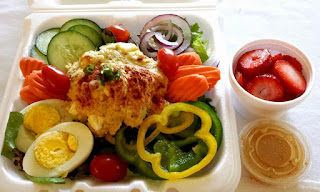 Local independent and small regional convenience stores chains have been the heart of the community and a staple in many Japanese neighborhoods forced by growth of national chains are searching for ways to maintain customer relevance and fend off threats from global competitors. The same thing is happing in every country around the word according to Foodservice Solutions® Grocerant Guru®.

Let’s look at some examples Ministop, which has six Indonesian outlets, the fewest among Japanese companies, plans to cut costs by operating smaller stores and revamping its product lineup. For example, the matcha green tea-flavored soft ice cream it is promoting is selling three times as well as the chocolate flavor, the company reported to local media.  Ministop with promote more local flavored products to edify each community.

Small retailers like Alfamart, Indonesia's convenience store market grew about 13% by sales in the first nine months of this year. Though that is down from 19% in the same period last year, the growth is still significant compared with midsize retailers such as supermarkets, which saw 3.6% growth according to Alfamart. Wawa, Sheetz, and Rutter’s all growing units in the US while traditional grocery stores continue to see unit count declines year over year.

Japanese players are not alone in their "go small" approach. In Vancouver British Columbia, Happy Vending is finding ways to make the grocery store footprint smaller. Happy Vending allows operators too increase the number of smaller outlets in train stations, high rise office, or high rise apartment building where there is shortage of space to build stand-alone branded stores.

Are you trapped doing what you have always done and doing the same way.  Interested in learning how Foodservice Solutions 5P’s of Food Marketing can edify your retail food brand while creating a platform for consumer convenient meal participation, differentiation and individualization?  Email us at: Steve@FoodserviceSolutions.us 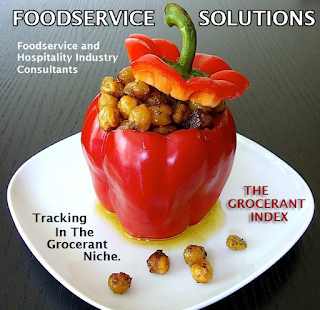 Posted by Steven Johnson Grocerant Guru at 2:33 AM