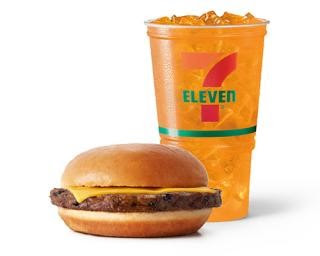 If success leaves clues and it does, 7-Eleven has found some new success clues within its video game partnership with Rocket League that are driving new electricity into the 7-Eleven brand, according to Steven Johnson, Grocerant Guru® at Tacoma, WA based Foodservice Solutions®.

So, following 7-Eleven, exciting collaboration with Rocket League.  You know the popular sports-action video game that features an adrenaline filled combination of soccer with rocket-powered cars – the brand is continuing to bring fresh new ways for gamers to take their play to the next level. From a star-studded Rocket League match to the chance to earn in-game customization items, 7-Eleven, Speedway and Stripes fans should buckle up because they're in for an exciting ride.

If you want to play, to slay in Rocket League, you need two key things: the agility of an elite soccer player and the reaction time of a professional race car driver. That's why 7-Eleven, Inc. enlisted the help of Cristo Fernández and Toni Breidinger to take its collaboration with Rocket League to the next level. Cristo isn't just an actor with soccer moves on set for his award-winning TV show, but he also played the game professionally in Mexico. And Toni speeds around the competition on the racetrack while making her way around the virtual gaming world as a professional driver. 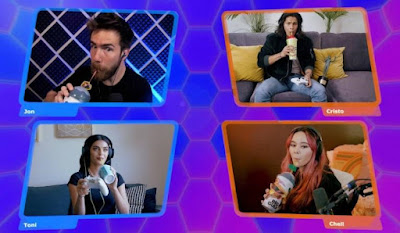 Here is the question: do these skills translate to the Rocket League field? Will Cristo's soccer expertise allow him to score all the goals, or will Toni's speed racing artistry leave Cristo in the dust? In a best-of-three match, Cristo and Toni will be paired with influencers and content creators Chell and Jon Sandman to see who comes out on top during a 2v2 game in the Rocket League arena. Gamers and non-gamers alike are invited to tune in to Rocket League's Twitch channel or YouTube channel to see who claims victory during the final day of the Rocket League 7-Eleven Slurpee Cup on May 15. As an official sponsor of the North American Rocket League Championship Series (RLCS), the world's premier professional Rocket League competition, 7-Eleven has snagged naming rights to the North American Regional Event taking place May 13-15.

Building your brand with gamming is important. Now because we know a Rocket League battle isn't complete without custom in-game vehicles, we have good news to share for gamers: there are two unique items remaining inspired by the iconic frozen beverage - a decal of Fred, the Slurpee drink mascot, and Brainfreeze Wheels. Customers who purchase select products across participating 7-Eleven, Speedway and Stripes stores via the Speedy Rewards or 7Rewards loyalty apps, or through the 7NOW delivery app, will be given a chance to unlock a limited-time code to help boost their ride while playing the game. By stocking up on snacks like Big Bite hot dogs, Brisk products, chicken wings, Doritos and more, customers can show off their unique cars in-game while satisfying their cravings at the same time. 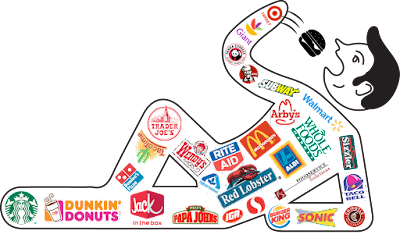 Marissa Jarratt, 7-Eleven EVP and Chief Marketing Officer, stated, "The response from customers to our collaboration with Rocket League thus far has been truly incredible," … "Whether they're racing to 7-Eleven, Speedway and Stripes stores to snag the coveted Rocket League-inspired color changing Slurpee cup or setting out to earn all six in-game customization items, our customers have gone above and beyond to boost their game play. And now, we're thrilled to take this collab to Eleven with a head-to-head celebrity Rocket League competition between Cristo Fernández and Toni Breidinger, where fans will see them put their soccer and racing skills to the test in-game."

You are going to like this, Slurpee drink lovers can continue to fuel up with the Blue ROCKETberry Slurpee drink with one of our four limited-edition, color-changing straws featuring Octane and Fennec car mold clips, available at participating 7-Eleven, Speedway, and Stripes locations. For the ultimate mid-game sipping experience, gamers can pair this new straw with their exclusive Slurpee drink cup that changes color on contact with a cold drink and features the Rocket League ball as a lid.

When you think brand relevance in an evolving world, that will edify brand value with relevance and new electricity? According to Johnson, “Brand relevance is in part driven with innovation in new food products in combination with new avenues of distribution all of which are the platform for the new electricity.”

All retailers to survive the next generation of retail must embrace the artificial intelligence revolution while simultaneously embracing fresh food that is portable according to Johnson. 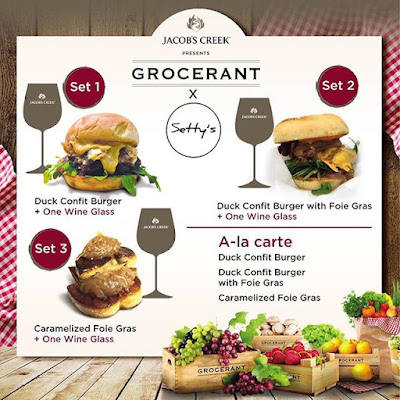 Posted by Steven Johnson Grocerant Guru at 12:09 AM