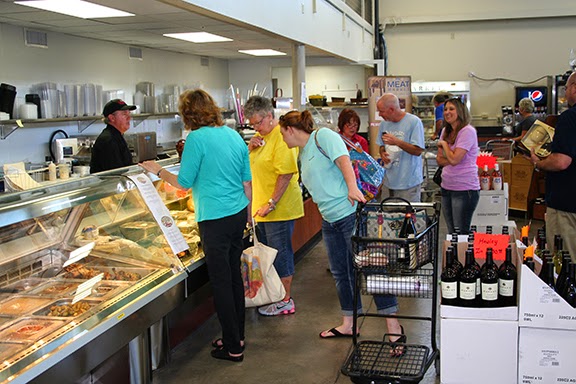 Rescission, stagnation, or deflation no one is certain what shape the economy is in today.  At the end 2014 the U.S. Department of Agriculture reported that some 46.5+ million plus Americans are currently receiving assistance from the Food and Nutrition Service division of the U.S. Department of Agriculture, which oversees the food stamp program better known as SNAP. The total of the assistance is close to $75 Billion US Dollars a year.

The rescission, stagnation or deflationary environment whatever we are experiencing has created economic uncertainty. And that $75 Billion dollars is almost exclusively allocated for and spent in legacy grocery retailers or ilk niche legacy CPG food retailers. That is nothing short of an industry subsidy by the US Taxpayer. Close to 8.6% of seniors receive SNAP benefits and 50+ percent of them live alone.

The AARP reports that many seniors who are eligible for SNAP benefits today are not receiving them. Which they report “includes 67 percent of struggling older people age 60 and above”. This means that millions of seniors today are suffering from the debilitating effects of hunger and poor nutrition, despite the fact that most of these 67 percent paid taxes to support the program for the vast majority of their working years.

Where is retail parity? It cost more to cook from scratch for one making a hamburger, potato salad or coleslaw than it would cost to buy a burger or single bowl of chili at most Quick Service Restaurants. No restaurant chain today is clamoring for SNAP customers but they all seem to be lining up and donating for NOKIDHUNGRY which is a very good cause.  What about hungry seniors?

A Foodservice Solutions® survey found that McDonalds is still the number one aspirational brand.  That can’t be a surprise when In the United States some 46+ million Americans are on the Supplemental Nutrition Assistance Program, or SNAP, that is close to 15% of the US population.

We support Food Parity for America. With the sole goal to allow SNAP benefits to be used in any restaurant that wants to accept them.  Technomic recently reported that “Eating Out is a Function of Our Daily Lives” referring to Americans. That is of course excluding the 15% of Americans a key element of “our daily lives” creating a societal disequilibrium and surely contributing to increased unrest.

Gas prices seemingly on a yoyo dropping rapidly then a quick rise again and now on the decline it’s no wonder that consumers are still spending with extreme caution. It has been widely reported that Millennials have a growing distrust of government and large institutions. Is it any wonder? What about seniors who worked the backbone jobs in America and now find that they can’t afford to eat out at all?

Like most legacy government programs it’s time to up-date the SNAP program ensuring participant parody and a contemporized relevance.It is time to edify Americans and Families not just the legacy grocery sector.  The food police be dammed let Quick Service Restaurants or any restaurant that wants to accept food stamps.