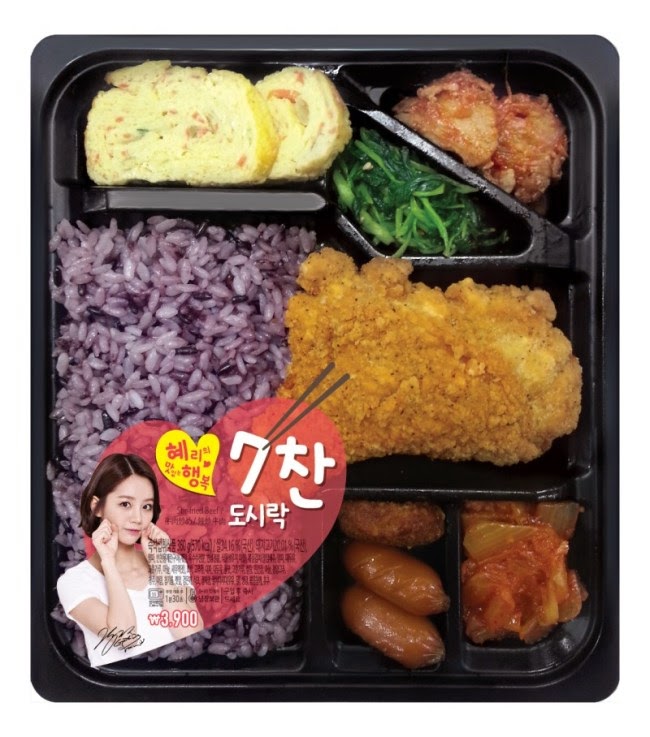 The ‘Hyeri Lunchbox,’  is a convenience store lunch box line that features the likeness of Girl’s Day’s Hyeri, has seen sales of 500,000 units since it was first launched three weeks ago.

In fact total sales of the new 7-Eleven lunch box products during the three weeks are 78 percent higher compared to the same period last year. Ready-2-Eat and Heat-N-Eat fresh prepared food continues to drive sales momentum for 7-Eleven in every country that they operate.

A  7-Eleven spokesman stated that “Hyeri Lunchboxes appeal to male customers, as they contain generous servings of side dishes. 7-Eleven quickly responded to the popularity of the new products by releasing two more varieties of the Hyeri Lunchbox on March 26.”

So how well does fresh prepared food sell around the world?  This is just one example.  However the 7-Eleven spokesman’s went on to say “The success of celebrity-themed lunchbox lines goes back to the Kim Hye-ja Lunchbox sold by GS25, whose accumulated sales for the last 6 years hit 46 million boxes.”

Since 1991 retail food consultancy Foodservice Solutions® of Tacoma, WA has been the global leader in the Grocerant niche.  Would you like a Grocerant Scorecard? Visit: www.FoodserviceSolutions.us http://www.linkedin.com/in/grocerant, twitter.com/grocerant or Facebook
Posted by Steven Johnson Grocerant Guru at 3:10 AM