Regular readers of this blog know that 7-Eleven is the world’s largest chain of convenience stores with over 60,000 stores and that 50% of 7-Elevens new stores around the world do not sell gasoline. Ironically even in the United States 7-Eleven with according to the team at Tacoma, WA based Foodservice Solutions®.

Today consumers are increasingly living in urban setting not seeking out C-stores to buy gasoline for their car but looking for C-store locations based on the quality of the food associated Convenience Store. According to NACS in the United States “gas remains the primary determinant in selecting a station, a growing number of consumers say the quality of items inside the store dictates where they buy fuel….

One in seven drivers, or 16 percent, say that the in-store offer drives their fueling decision, marking a 5-point increase since 2015. Just over half of Americans (51 percent) say that gas price is the reason they prefer a specific store or chain, but that number has seen a 6-point drop over the past few years.”
NACS went on to explain that it’s the “expanded food and beverage offers at stores also prompt customers to go inside the store more often; 42 percent of those fueling up also went inside the store, a 7-point increase from two years ago.

For those who do go inside, the most popular reported reasons are to pay for gas at the cash register (50 percent), to buy a beverage (45 percent) or to buy a snack (36 percent). More than one in five (22 percent) say they used the restroom. Overall, 8 percent say they purchased a sandwich or meal, and that percentage jumps to 13 percent for younger consumers ages 18 to 34. “

Grocerant niche Ready-2-Eat and Heat-N-Eat fresh prepared food is the key driver to incremental growth as the NACS report found plus these facts:

1.        “67 percent of Americans say they will drive 5 minutes out of their way to save 5 cents per In 2016
2.        Nearly three quarters of customers (73 percent) pay by debit (37 percent) or credit (36 percent) card. Debit cards are most popular with consumers ages 18-34 (45 percent).
Interested in learning how Foodservice Solutions 5P’s of Food Marketing can edify your retail food brand while creating a platform for consumer convenient meal participation, differentiation and individualization? Email us at: Steve@FoodserviceSolutions.us or visit:  www.FoodserviceSolutions.us for more information 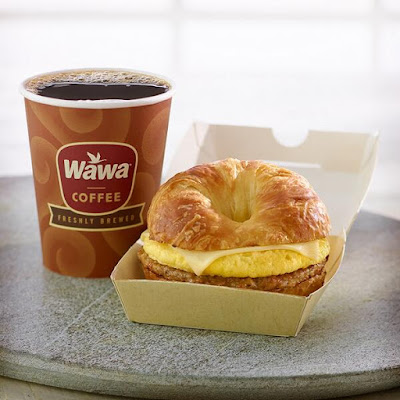