Not your Mother's Leftovers continued 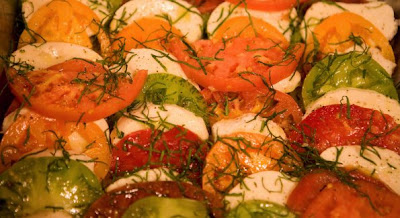 Top of the day to you! Results of a new survey by Consumer Reports that will be appear in the September 2009 issue of ShopSmart found that only one in ten women won’t serve leftovers. Here is what is interesting if as we discussed yesterday leftovers were restaurant quality would that make a difference? I for one bet it would. Are ready to eat foods from HEB taken home leftover or fresh? Would the same hold true for Whole Foods hot food from meal stations? Here is the rest of the poll as obtained from Progressive Grocer. The telephone survey of 1,001 women age 18 and over was conducted in late April by the Consumer Reports National Research Center and is included in a ShopSmart feature on saving more at the supermarket.Among the survey’s additional findings were the following:--Women are making fewer trips to the grocery store now vs. 18 months ago.--Seventy percent of married women do all or most of their household’s grocery shopping.--Forty-two percent of women are stocking up on on-sale food items more often, and 35 percent are buying more generic or store-brand items more often, due to the economy.--Seventy percent of married women are mainly responsible for cooking weekday dinners.--Most women (55 percent) don’t mind cooking weekday dinners; 18 percent dislike it.--When deciding what to cook, women go through the refrigerator and pantry to see what they have (86 percent), decide what can be prepared quickly (78 percent), and pick what will be nutritious or healthy (72 percent). Less than a third (29 percent) said they budget or estimate how much the meal will cost.--Thirty-eight percent of women are cooking at home more often, and 35 percent are preparing less expensive meals more often, because of the economy.--On average, women spend 45 minutes cooking a weekday dinner and 31 minutes eating it.--In a typical week, women eat about five home-cooked or home-prepared dinners. “
If you would like to understand more about the Grocerant niche Foodservice Solutions can be your guide. http://www.foodandbeverageunderground.com/grocerants.html
Posted by Steven Johnson Grocerant Guru at 4:58 AM