Europe warms up to the idea of Grocerants. 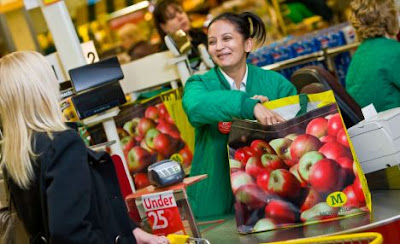 Recently Morrison’s stores after witnessing first hand the success with authentic fresh foods sold in smaller locations announced that they may begin rolling out “minisupermarkets”. The idea is to cram the units with more fresh fruit, produce, prepared foods and bakery items. They are looking at this after seeing an explosion to the upside in sales up 50% from former Co-op and Somerfield’s outlets which they acquired.
Prior to this Morrison’s had stayed away from “convenience stores”. With a smaller footprint and a focus on high quality food packaged for one or two people these new units’ sales are may be the path to continue profitable growth. Over the last two years, Morrison’s has won an extra 1 million weekly customers, bringing the total to 10 million. Traditionally consumers typically had perceived it as a bit of a discount chain, now rate the quality of its food and service more highly than other major grocers.
Safeway is a major investor in Morrison’s and the lessons learned may reflect additional development of the “lifestyle stores” here in the US. Yes, the Grocerant niche is hot and growing fast in C-stores, Restaurants, Grocery stores and Dollar Stores, Mobile Food Trucks and Kiosk.
Posted by Steven Johnson Grocerant Guru at 5:03 AM