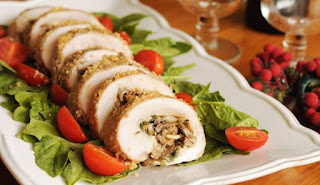 Unlike traditional food retailers Foodservice Solutions® Grocerant Guru says that "Grocerant means any retailer that sells Ready-2-Eat or Heat-N-Eat and fresh prepared food that can be portable.” The word Grocerant is a result of the blurring of the line between restaurants and grocery stores.

In reality a grocerant is where a consumer can find fresh prepared food aimed at the time-starved consumer with Ready-2-Eat or Heat-N-Eat fresh prepared meals or meal components that can be bundled into a meal and or packaged for Take-Out, Take-Away, or To-Go.

Today new non-traditional fresh food retailers are creating a platform of competition the likes that supermarkets, c-stores, and restaurants have never seen all aiming to siphon off share of stomach from restaurants by leveraging convenience, simplicity, and choice selling themselves as meal solutions destinations for the home cook.   Here are some examples:

Legacy retailers are feeling the pain from these new non-traditional competitors including companies the ilk of KFC.  In a 2015 ad campaign KFC focused it messaging against roaster chickens from the grocery store is telling; a major chain feels the threat from another channel is serious enough to put ad dollars against it.

Big Data food researcher Justin Massa, founder and president of Chicago of Food Genius stated “. “[Prepared food is] the highest margin products for CPG retailers. They make 20 to 40 percent margin, versus 3 to 5 percent on a box of mac and cheese. Secondly, this is the fastest-growing segment of CPG sales. It still accounts for about 4 percent of overall sales, but it’s growing 30 percent year-over-year,”

Legacy grocery stores around the country are entering the grocerant niche expanding the competitive threat to restaurants while trying to establish contemporary relevance with consumers as well. Here are some examples:

Do you have crowds in line at your outlet? Success does leave clues are you ready to enter the Grocerant niche? The undercurrents of retail change are in the air and consumers are taking notice.  Are You?

Are you trapped doing what you have always done and doing it the same way?  Interested in learning how Foodservice Solutions 5P’s of Food Marketing can edify your retail food brand while creating a platform for consumer convenient meal participation, differentiation and individualization?  Email us at: Steve@FoodserviceSolutions.us or visit:  www.FoodserviceSolutions.us for more information.

Posted by Steven Johnson Grocerant Guru at 2:29 AM