UK’s My Local A Convenience Store Positioned to Win 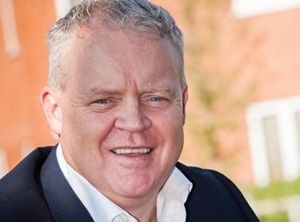 Success does leave clues and Mike Green CEO of the newly-formed retailer My Local said the hell with running a company like it was 1990.  His plans include driving top line sales and bottom line profits locally empowering store managers, district managers with direct input on customizing each store with its local customer base.

My Local is the company formed the acquisition of 140 convenience stores previously operating under the Morrisons owned 'M Local.” So, how does Green think he can make money where Morrisons failed?  Simple fire the category managers and office staff that push products not customer outcomes.

Here is what he told Retail Week in a recent interview “The reality is, these stores turnover more than double the average convenience store turnover in the UK, so it’s hard to say they are underperforming stores. The rent is between 3.5%-4% of sales in all of these stores, so relative to sales, it’s not in a bad place. The stores were performing, but the thing that was causing this business a problem and creating the loss in the business was actually above store and distribution. Above store there were 150 people very much pushing things into stores”

Foodservice Solutions® Grocerant Guru® has described category managers as the “Achilles Heel” of many legacy grocery retailers while speaking at the SJU Fresh Food Summit 2015.  Green went on to say “rather than working with managers to pull through the product that was right for their locations."  So, now rather than pushing product through they are focusing on fresh and local.
Garnering success requires a plan and Mu Local has one.  Greene detailed that  success was going to be achieved through what he calls the "five Fs": a fresh offer, full shelves, fair prices, friendly staff and fast service.”  Foodservice Solutions® Grocerant Guru® concurs with Green calling the “Five F the right focus at the right time.”

Quality differentiation can be gained by empowering store managers, district managers according to Green.  In fact one key element of the success plan included requiring My Local stores to select their own local charity from within a one-mile radius as 80% of their shoppers travel less than a mile to store.

Greene believes in localization and that localization can really show a difference to the customers that Morrisons stores was unable to accomplish.  Yes, once again category managers are the “Achilles Heel” of the traditional grocery business our team cannot stress that enough. In the U.S. the legacy grocery retailers have lost 50% of their business since 1998 according to Willard Bishop Consulting. Do you have and food merchants on your team, grocerant experts, or outside eyes? Or are you doing things the way you always have?

Success does leave clues.  Are you trapped doing what you have always done and doing the same way.  Interested in learning how Foodservice Solutions 5P’s of Food Marketing can edify your retail food brand while creating a platform for consumer convenient meal participation, differentiation and individualization?  Email us at: Steve@FoodserviceSolutions.us
For international corporate presentations, educational forums, or keynotes contact: Steve@FoodserviceSolutions.us  With extensive experience as a multi-unit restaurant operator, consultant, brand / product positioning expert and public speaking he educate and elevate everyone while providing success clues for all.  www.FoodserviceSolutions.us or www.GrocerantGuru.com 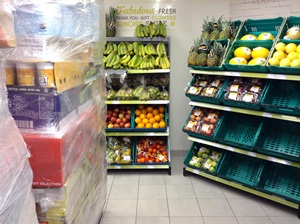