Success does leave clues and the fast growing adoption of Starbucks’ Mobile Order & Pay program is clearly a home run for Starbucks.  The chain during their Q1 2016 reporting conference call reported that Mobile rewards users are still growing with a 23% increase in the last year, and now exceeds 11.1 million users.  Starbucks also saw more than one million users of Mobile Order and Pay this past December, who averaged about five orders per person that month as well.

Starbucks noted that Mobile Order and Pay is seeing “significant adoption rates, but is most popular in the morning at its peak hours for users attempting to avoid long lines. Currently, there are about 6 million transactions through the program occurring every month, which shows its significant potential.”

Michael Becker, managing partner at mCordis pointed out earlier in the year that we live in a world driven by mobile moments stating; ‘“We touch our phones a couple hundred times a day and each of these touches is a mobile moments,” Mobile Order & Pay is fast becoming a ‘happy’ mobile moment according to Foodservice Solutions® Grocerant Guru®.

After our last blog we were flooded with questions about Starbucks success.  When we stated that Starbucks was consumer interactive and participatory one of the ways is by creating mobile moments.  Starbucks reinforced on the Q1 call that people are increasingly turning to their mobile phones, their watches, to meet their payment demands at key moments throughout the day, in the morning in Starbuck’s case.

Expanding the consumer interactive and participatory qualities from Coffee, Food, too Technology is what Starbucks is doing.  Mobile Ordering & Pay is edifying the fact the Starbucks has customer relevance.  That relevance has its foundation in quality customizable Coffee and that is edified through Mobile Order & Pay according to our Grocerant Guru®.

“Starbucks is a bellwether company, they are showing the way for the rest of us,” Mr. Becker said. “Mobile payments will soon move beyond a nice to have in retail to a must since people will begin to expect or only frequent those companies that empower them to pay through and with their mobile devices.”  Once again leaders lead and Starbucks is a true foodservice merchant and success.

Have you had a Grocerant Scorecard preformed at your company?  Foodservice Solutions® 5P’s of Food Marketing can edify your retail food brand while creating a platform for consumer convenient meal participation, differentiation and individualization attracting Grocerant niche consumers?  Contact: Steve@FoodserviceSolutions.us for more. 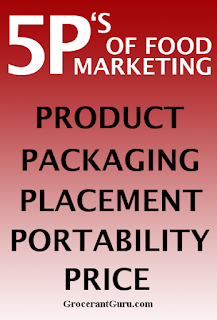 Posted by Steven Johnson Grocerant Guru at 12:41 AM